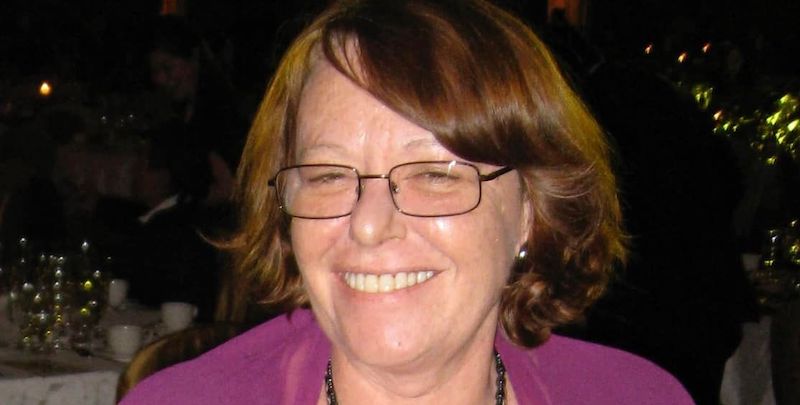 The international touring business is mourning the death of veteran promoter Colleen Ironside.

An ILMC regular, Ironside was MD of Hong Kong-based pan-Asian touring and event promotion company Live Limited, which she founded in the late 1990s and revived in 2010 following a five-year stint with Live Nation.

News of her passing at the age of 69 last Friday was announced on social media. In a Facebook post, Jasper Donat, co-founder and CEO of Asian live and digital media company Branded, described Ironside as a “magnificent human” and “one of the longest serving, most respected (and feared) promoters in Asia”.

“THERE IS AND WAS ONLY ONE COLLEEN”

“Beyond sad, gutted and shocked to hear that the absolute legend Colleen Ironside has passed away at home,” he said. “She worked with everyone. She got Mick Jagger to play Angie for her at Harbourfest. She put Bob Dylan in Vietnam. She was Elton John’s promoter whenever he was here. And the list goes on forever.

“She was indestructible. She gave Chuggi [Chugg Entertainment’s Michael Chugg] a run for the Swear Jar. She will be smoking Marlboro Lites in Heaven. There is and was only one Colleen.”

Ironside started out as an agent for Australia’s Harbour Premier Agency and went on to set up APA Booking Agency, where she worked with acts including INXS, before heading to Frontier Asia to tour artists such as REM, Pearl Jam and Tom Jones across the region.

“COLLEEN IRONSIDE WAS AN INSPIRATION AND A JOY TO KNOW”

Launching Live Limited in 1999, she staged tours by the Rolling Stones, Elton John, David Bowie, Coldplay, No Doubt, Sting, Pet Shop Boys and Deep Purple, among others. Joining Live Nation as SVP of booking, pan-Asia, in 2005, she managed LN’s joint-ventures in Beijing and Shanghai in addition to booking tours for the likes of Coldplay, Elton John, Gwen Stefani and Christina Aguilera.

Neil Thompson, CEO of Thailand-based Live Nation Tero and DMD of Tero Entertainment, is compiling a book full of Ironside anecdotes in celebration of her life.

“This will be compiled and given away to those attending the funeral or sent to those who could not attend,” he wrote on Facebook. “So would kindly ask everyone who want to participate by sending me your best Anecdote and pics of Colleen to my email address before the 1st of August , this will allow us time to compile and produce. My email address is neil@teroasia.com. Please share this post so we can inform as many of her friends as possible.”

He added: “Colleen was a one of a kind and we all have great stories and experiences with her, so looking forward to receiving yours. We are aiming for the funeral to take place in Bangkok on 12-14 August, we will confirm arrangements this week. So those who are traveling from overseas can work on your travel arrangements, please let us know if you are attending.”

Tributes have continued to pour in from across the music business on social media.

“I was so shocked to learn of the passing of my dear friend Colleen Ironside,” said UTA global head of touring Neil Warnock. “She was an absolute legend when the word legend has been so abused! Working in markets rarely explored from India to Thailand, China and throughout Asia where few if any had ventured.

“YOU NEVER MESSED WITH COLLEEN, HER SURNAME SAID IT ALL!”

“Our adventures with Michael Cohl on the Rolling Stones Steel Wheels tour through Asia were always to be reminisced over whenever we met. Early days with Uriah Heep and Deep Purple was proper frontier land shows. Yet she never flustered just dealt with every problem as ‘you know it’s fine’. Equally, you never messed with Colleen, her surname said it all.

“How I will miss her. Her legendary cough will be heard throughout the realms of wherever she is!”

Midas Promotions owner Michael Hosking said: “RIP to one of the sadly diminishing group of promoter legends. There won’t be another like you. RIP – see you on the flip side.”

CAA agent Emma Banks said she was “devastated” by Ironside’s passing. “Colleen Ironside was an inspiration and a joy to know. Can’t really believe the news,” she wrote.

Live Nation promoter Phil Bowdery posted: “A true legend and will be sadly missed,” while Concord Music’s Kim Frankiewicz said: “I am so, so sad… Just devastating.”

David Loiterton of Primary Wave Asia Pacific said: “I’ve known Colleen since the late 80s when we worked together on her own agency in Australia, APA. Then again and again in Asia when she set up Live and then joined Live Nation then went indie again. She was the same then as the last time I saw her before Covid, she never changed and I thought she was indestructible. Rest well Colleen.”

“BEYOND THE TOUGH EXTERIOR, SHE WAS THE MOST WONDERFUL PERSON”

“Another larger than life character gone,” wrote Riverman Group MD Dave Mclean. “She was a definite ‘one off’, met her a few times in Bangkok and Singapore, did lots of amazing artists in difficult places.”

SWAT Enterprises founder Stuart Watson said: “Shocked and saddened by this news. During SWAT’s early years in the 90s Colleen’s assistance in identifying suitable venues to showcase the acts we represented, played a vital role in their establishment Asia-wide.”

Universal Music Group South East Asia CEO Calvin Wong said: “Beyond the tough exterior, she is the most wonderful person. I enjoyed everything she taught me in the two years as our live consultant. She was definitely the master of the class.”

Donat added that plans were afoot to remember Ironside at the upcoming Music Matters event in Singapore in September.