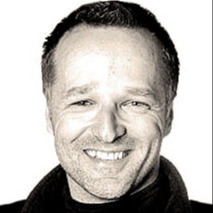 Rodić, the CEO of Premium Events and GigArt, and a longstanding ILMC member, took his own life in January after falling into depression following the last-minute cancellation of a planned show at the Roman amphitheatre in Rodić’s hometown, Pula, in August.

Zagreb-based artist manager, booker and promoter Hrvoje Hum, a longtime friend and colleague of Rodić, explains: “They [the artist’s management] sent him the contract one month prior to the show, and he was obliged to pay a percentage – 30–40% – immediately, and the rest a month before the show. As you know, in our business, it is ‘normal’ to be one or two weeks late with payment, we all collect money from the presale and then pay artists. Most of the biggest management [companies] tolerate this, especially if they know that have done many shows with them and you will work with them in the future.

“Unfortunately, management didn’t want to wait, and cancelled the show five days before it was supposed to happen. At that moment, Jordan personally lost at least €80,000…

“After that, he became depressed. He had two shows agreed for winter, and wanted to cancel them. […] I thought he would be fine, because we had some big plans for this and next year, and he was really excited about it. I don’t know why he did it [commited suicide] – a few hours before, we were on the phone and he looked forward to our next projects…”

Perhaps the biggest highlight of Rodić’s four-decade career in the live industry was selling out Maksimir Stadium in Zagreb with U2, where he and two other colleagues sold more than 120,000 tickets over two nights in 2009.

“HE WAS A LOVING, CARING, GENTLE, KIND, BEAUTIFUL MAN WITH A BIG HEART”

He was also the driving force behind Marilyn Manson’s landmark Croatian show in 2005, as well as the local leg of the Bodies Revealed exhibition, which sold more than 800,000 tickets in a few months.

“He has done so much for his family, friends, his city and his country,” she says. “He has achieved the unachievable: he worked and brought so many big stars  to Croatia and other countries, as music was his life and passion. He was a visionary man, of no limits, and his creativity and passion was so admirable.

“But, most of all he was a loving, caring, gentle, kind, beautiful man with a big heart. He was loved for who he was, all over the world, and he always will be. People respected him, and his energy was palpable. His heart, energy and vision were out of this world. He has done so much for all of us and the country, and he will be greatly missed.”

Jadranka tells IQ she hopes her brother’s death will raise awareness of the pressures facing all those working in the live industry, and the toll they can take on mental and physical health and wellbeing.

“The stresses, the risks and the pressure had made an impact on his mental health, and contributed to the outcome [his death],” she says. “But his vision was so advanced, and his actions so big, I can be only proud to be his sister. He brought energy, love, passion and new horizons to Croatia, and all of us can only be proud to have had such inspiration.”

“I KNOW THIS BUSINESS IS RUTHLESS, BUT THE WHOLE SYSTEM HAS TO CHANGE”

While Hum says the music industry is full of good people – Scott Mantell at ICM Partners, for example, was “really helpful” when Rodić, who counted Mantell as a friend, was struggling with mental illness and wanted to postpone two shows by Postmodern Jukebox in Zagreb and Belgrade – he warns that promoters are often seen as “replaceable”, despite their taking the risk on the show.

He says: “We are replaceable – they [agents] will find another promoter, who will pay a fee and [be prepared] to lose everything they have, or even doesn’t have. They don’t care about it. On the other side, I understand that they are responsible to the management, and they have to bring them money – I know this business is ruthless, but I think the whole system has to change.

“The tragic death of Jordan Rodić, and probably more promoters, has to contribute towards this, because all of us risk too much money just to bring culture to our area.”

Despite this ruthlessness, Rodić “loved what he did,” concludes Jadranka. “Music was truly his passion, and he lived it. He gave it his all, as he could see a higher vision and was fearless.

“He saw no limitations – as he knew music was life.”

(This article was published in IQ Magazine on 11 February, 2019. Click here to read.)