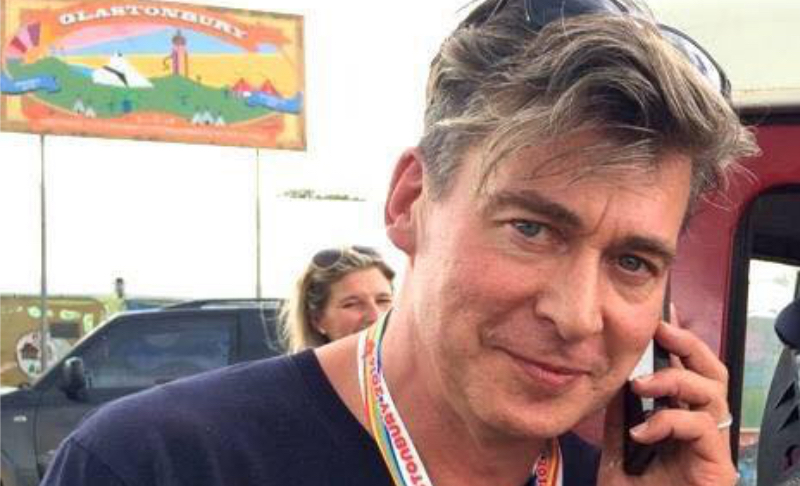 Richards, who was the producer of Julien Temple’s 2006 Glastonbury film, passed away at Guy’s Hospital in London yesterday (12 January).

His first job at the event saw him set up the information and CND campaigning stalls. In more recent years, Richards was responsible for partnerships, large commercial deals and sponsorship, and helped secure the licence for the festival to continue in 2014.

“Robert helped me personally with projects in Pilton village, particularly the big social housing project and the village shop,” he said. “He was also chairman of the Glastonbury Town Fund Board, which raised £24 million for the town in 2021.

“I am personally very sad and upset to lose this remarkable man who I will find difficult to replace. Now that the fever of life and his days are over, may God give his soul the rest it deserves.”

PRS for Music chair Nigel Elderton tweeted: “Terribly sorry to hear the sad news of Robert Richards passing. Always happy to help even when working under pressure and a great music fan. My condolences to his family, Michael, Emily and all the Glastonbury team! We will miss you Robert!”

In 2015, Richards opened up about the nature of his role at the UK’s biggest festival in an interview with Glastonbury’s ticketing partner See Tickets.

“I work on all the sponsorship/partnership relationships, the BBC partnership and the land deals involving the festival site,” he said. “I have an overview on ticketing, markets, and bars. The best thing about the job is that every day is different.”

Richards also discussed the evolution of the festival during his tenure.

“I can still see whole areas that are still very similar to my early days at the festival,” he said. “The main changes are in the professionalisation of the production, and support teams.

“We have world class people working at the event, but what makes it so special is the commitment the area organisers and their teams bring to each of their parts of the festival. It’s the best party in the world.”